We are trying to get back on the wagon of eating healthily. Ever since Ember was born, we've often resorted to fast food or frozen meals instead of cooking our own food. It was a really bad habit to get back into, especially for our health and energy levels.

Now that I have harvest-able produce from the garden I have no excuse not to be cooking with it! I started by just adding greens to make the frozen dinners a little more substantial, filling and healthy.

Last night I had enough energy to actually cook from scratch. Lime and Chilli Squid was on the menu, made from fresh locally caught squid, chillies from a friend's garden and limes from the fruit and veg co-op.

This morning I decided to use some of the glut of eggs we have [two and a half dozen with more in the coop!] and make some omelettes.

For two very hungry people I used 8 eggs plus two extra egg whites [the 2 yolks I put aside for Ember to have]. It was probably a little too many for both of us, next time I think I'll try 6-7 eggs. 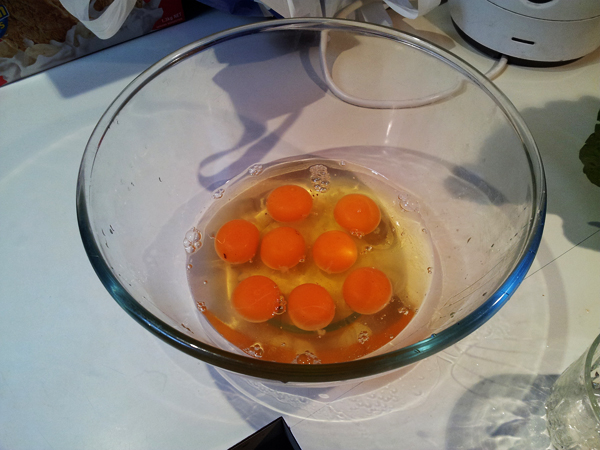 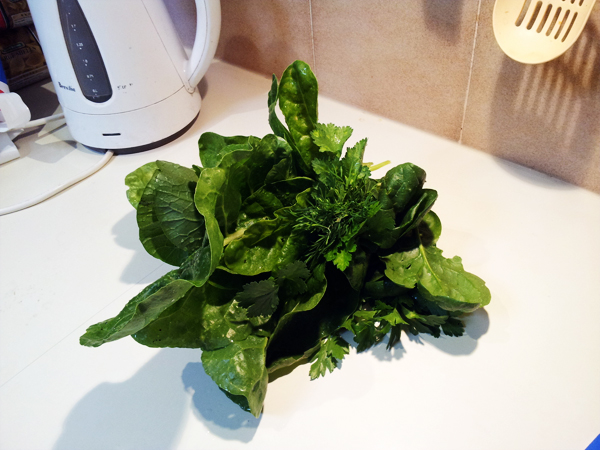 Mix it all together and add some pepper [or preferred seasonings]. 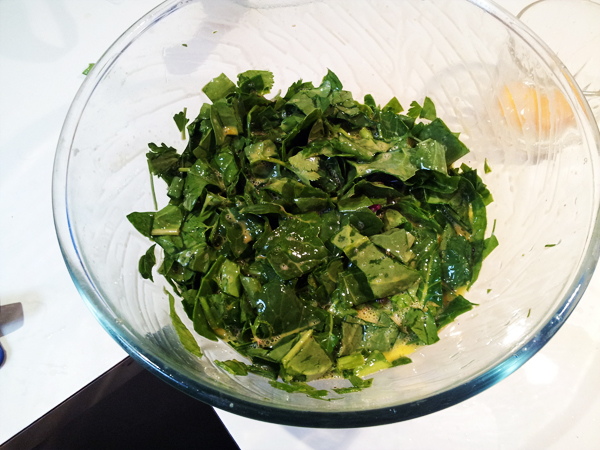 Pour half the mixture into a heated frying pan-I use a small dob of butter to stop it sticking. When it is cooked well on the bottom, fold in half, lower the heat and allow to cook for a few minutes. The inside will often be runny, so if you don't like runny egg, cook for longer. Serve. 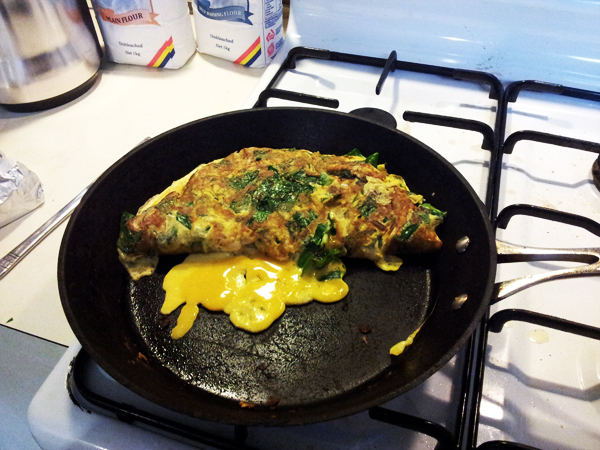 Now I really suck at getting omelettes out the pan without turning them into a dog's breakfast in appearance. Half of mine came out ok...the other half, well...it still tasted good! 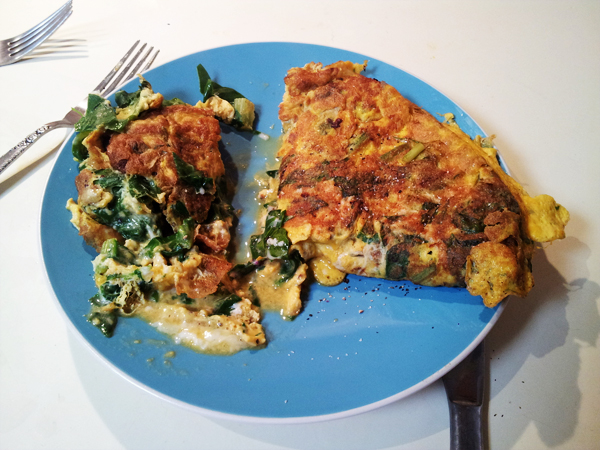 To Paul's I added 1/3 can of crush tomatoes, which made it even harder to flip and get out the pan...his looked like this! 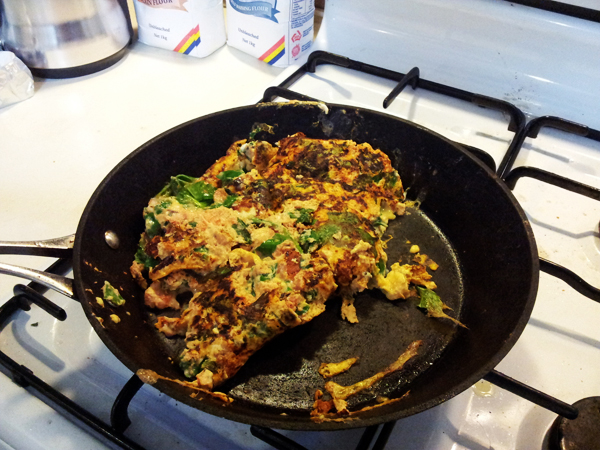 And even Ember didn't miss out. She had a egg yolk 'omelette' which she enjoyed immensely. 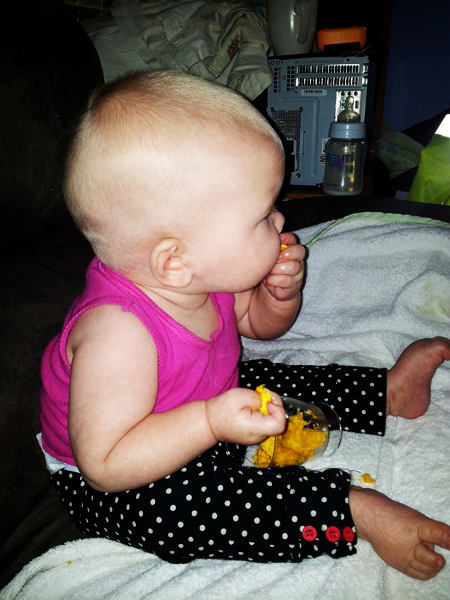