Tonight I candled my eggs for the first time tonight.

Candling allows you to see inside the egg to see the development of the chick inside. I use a super bright LED torch and a toilet roll [with paper on it] to balance the egg on and focus the light beam through the egg. 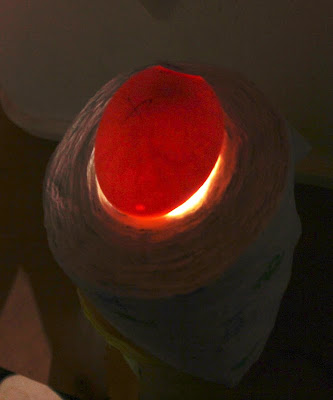 A fertile and developing egg. You can see the veins and the developing chick [blob] I could actually see the little black blob moving! 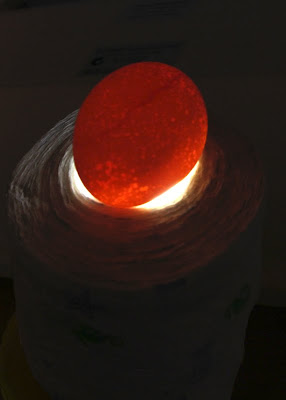 An egg with a bloodring, means the egg started developing but for some reason stopped. 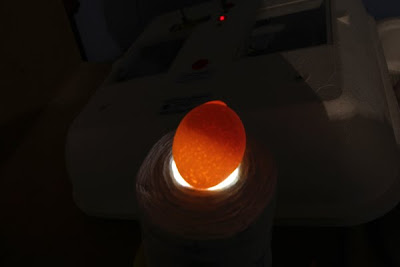 This egg is possibly infertile, but it is hard to say as the rest of the infertile eggs were much lighter in the centre but there doesn’t appear to be any veins or development going on. 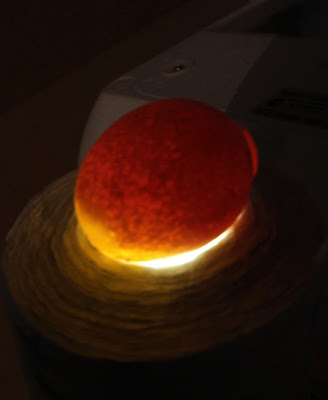 Another fertile egg, you can see some veins in it, but I’m not sure this one will make it to full term, as the shell’s pores are so large, but I am hoping it will.